Here is a list of Tarot cards in order, all 78 cards based on the Rider Waite Tarot deck.

This easy guide, will help boost your understanding of Tarot. I’ve made it easy for you to understand each card by providing a specific interpretation in love, career, money and health. Each card is also given a description, list of keywords and symbols. Use these meanings for divination, fortune telling and cartomancy.

Learn all about the major arcana and minor arcana, and unlock the secrets of the future. These are my personal interpretations, and I use them when reading for clients – and now you can use them too!

Cups are concerned with feelings, and how you emotionally respond to situations. This includes affairs of the heart, how you feel about your job and life purpose, your home and any other situation you find yourself feeling emotionally about.

Wands are symbolic of manifestation, law of attraction and action. They represent raw passion which is why they are linked to the element Fire. When a Tarot reading is dominated with Wand cards, it is a sign to take action in order to turn your dreams into a reality.

This Suit was once known as the Suit of Coins, which is why it is associated with money, finances and business. Pentacles represent the element Earth which encompasses health, beauty, home and security.

In Tarot, the Swords Suit concerns matters of the mind. It also deals with conversations, conflict and hardship. This Suit is connected to the element Air, and like Air is associated with intellect, ideas and concepts. Air also denotes truth and clarity. Both the Swords and Wands Suits represent masculine energy. When a Tarot spread contains lots of Swords cards, you should be careful. It is a warning that there may be conflict, truths spoken and arguments.

Here is a list of the 22 cards in the Major Arcana:

0 The Fool Tarot Card
A complete fresh start and the beginning of something new.

1 The Magician Tarot Card
Now is the time to use your skills and make things happen.

About The Tarot Deck

While the names of the four suits vary from deck to deck, classically the Tarot suits are: Cups, Wands (Staves, Rods), Swords and Pentacles (Coins, Disks). These suits are similar to normal playing cards in that they have 10 numbered cards called ‘pips’. The first card is an Ace, and the rest are numbered from 2 to 10. These are followed by four court cards: The Page (Princess), Knight (Prince), Queen and King.

The Tarot are used for the purpose of divination, which is performed through a reading. When performing a reading, you shuffle the cards and arrange the cards in an arrangement called a spread. Each position in the spread has a meaning, which makes it easier to interpret the card more specifically. However, Tarot is not just for divination. It can also be used as a tool for meditation, reflection and brainstorming ideas. Some people for example, draw a single card at the start of the day and meditate on it, looking for insights on the day ahead.

Tarot cards are rich in symbolism, and reading the cards accurately will be dependent on your personal knowledge of the cards and intuitive abilities. You can be a good Tarot reader without any psychic abilities, but if you want to become a professional reader, it is worth developing your intuition, as it can add further depth to your insights. Check out my free psychic training guide for more on this. Studying Tarot is a life-long task, there is always something new to learn or develop.

The origins of Tarot are lost in time. There is some evidence to show they may have originated in Northern India and were transported to other areas by travelling gypsies. Certainly gypsies were responsible for spreading their popularity in Europe in the 15th century.

Karina, author of Tarot in 5 Minutes.
List of Tarot Cards 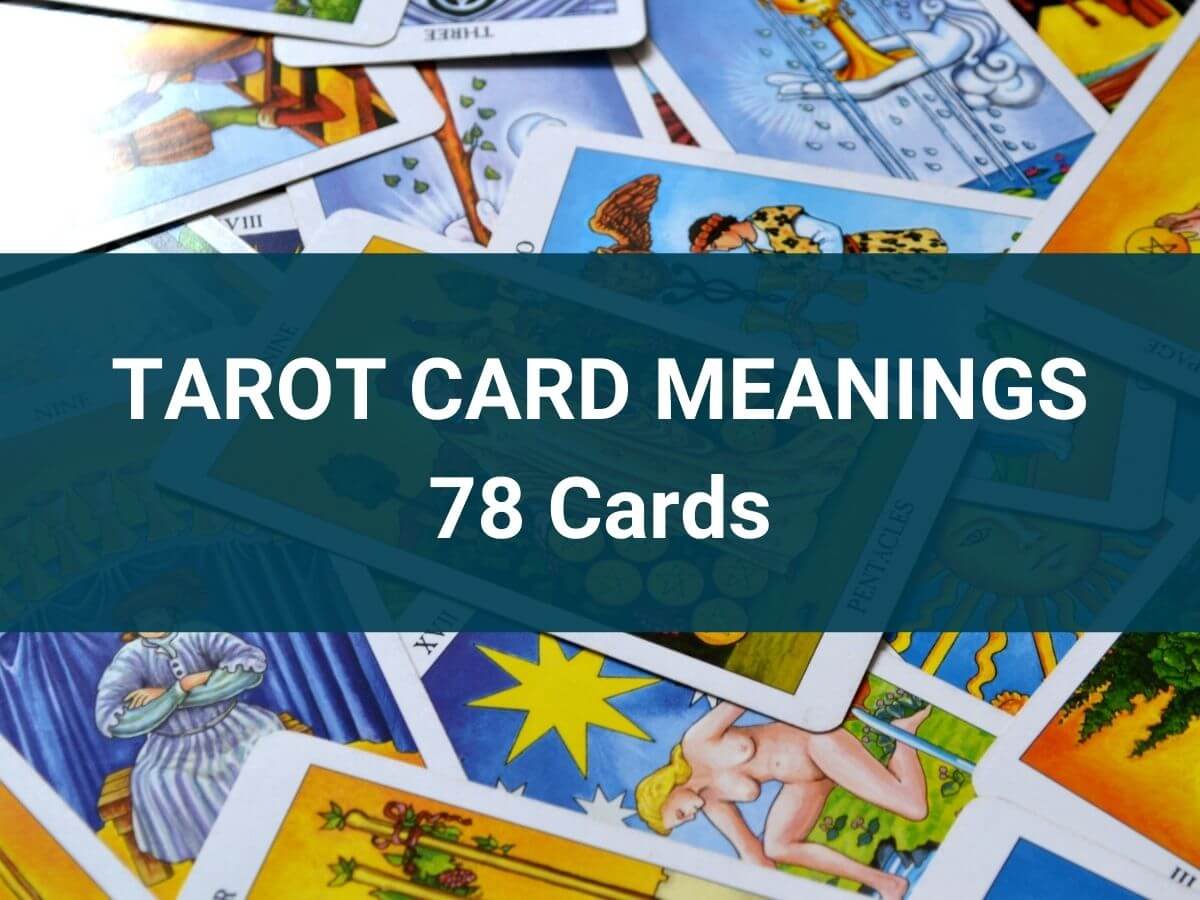