There are 78 cards in the Tarot deck, divided into 22 Major Arcana and 56 Minor Arcana. The word ‘Arcana’ means secrets, and where the Major reflects big events in our life, the Minor Arcana reflect the mysteries of every-day life. Minor cards offer guidance on work, relationships, money and health; as well as other regular events in your life.

Tarot’s four suits are similar to playing cards, numbered Ace to 10, with royal cards. For this reason, people often assume that Tarot cards evolved from playing cards, but there is no evidence to suggest this. It appears they developed along side each other. While Tarot may have begun it’s history as a game too, it has since evolved into a complex spiritual tool. See: History of Tarot.

The Suit of Cups represents your intuition, emotions and creativity. The Cups cards often appear in a reading when you ask about personal development, as well as love and your relationships with other people. Cups represent the astrological element Water. In modern decks, artists and occultists sometimes reinterpret the Cups, and call them Hearts, Chalices, Goblets, Water and Vessels.

The Suit of Wands represents action. The Wands cards are associated with activity and a can-do attitude. Wands often turn up in a reading when you are dealing with a situation which requires you to act. Wands represent the astrological element Fire. In some Tarot decks, Wands are represented as Clubs, Batons, Staves, Fire, Rods, Torches and Sticks.

What Does It Mean When Mostly Minor Arcana Tarot Cards Turn up in a Tarot Reading?

The Minor Arcana refer to smaller, day-to-day events in your life, like how will my presentation at work go? or will I hear back from so and so? Unlike the Major Arcana, the Minor cards are not destiny cards. From the point of divination, or fortune telling, you are not beholden to the future they present. When you receive a Tarot reading with mostly Minor cards, it means you are seeing one possible future path, the path you are currently traveling. If you don’t like what you see, then ask the Tarot, is there anything I can do to change the outcome? Then draw another card for an answer. You may be guided to act in a different way. Therein lies the true power of Tarot, and especially the Minor Arcana cards! Use the cards for guidance and to shape the future you want.

Here are the 56 Minor Arcana Tarot cards, the description of each card is based on the Rider Waite Tarot deck.

Ace of Cups
The beginning of new love or passion.
Ace of Cups Symbols: Chalice, 5 streams of water, yods, dove, hand and cloud.

Two of Cups
Taking a relationship to the next level.
Two of Cups Symbols: Chalice, Caduceus of Hermes, snakes, wings, Yin and Yang.

Three of Cups
There is cause for celebration now, or soon will be.
Three of Cups Symbols: Dancing maidens, flowers, grapes, apples and blue sky.

Four of Cups
You feel bored and are looking for something to excite you.
Four of Cups Symbols: Hand of God, tree, mountains and blue sky.

Six of Cups
Blast from the past! An issue, person or opportunity from the past re-emerges.
Six of Cups Symbols: Children, white flower, village, inscription X on pillar.

Eight of Cups
Walking away from a situation or way of living.
Eight of Cups Symbols: Mountains, moon eclipse, river and darkness symbolism.

Nine of Cups
You about to experience a run of good luck, life goes your way.
Nine of Cups Symbols: Man in red hat, cups on display, curtain, bench, yellow color.

Ten of Cups
You are about to receive your happy ever after scenario.
Ten of Cups Symbols: Family, rainbow, cottage, trees and river symbols.

Queen of Cups
Your intuition is good at this time and so you can trust your feelings.
Queen of Cups Symbols: Ornate chalice, crown, throne, angels, cherubs, cliffs, stones and sea

King of Cups
Rise up and server humanity, now is the time to live your purpose.
King of Cups Symbols: Throne in the sea, scepter, chalice, dolphin, fish, red ship and stormy sea

Two of Wands
What you have started begins to deliver results.
Two of Wands Symbols: Castle, globe, flowers, sea, forest and mountains.

Three of Wands
You are experiencing some success and can now expand your horizons further.
Three of Wands Symbols: Chalice, Caduceus of Hermes, snakes, wings, Yin and Yang.

Four of Wands
There is cause for celebration or a happy gathering of friends and family.
Four of Wands Symbols: Archway, flowers, grapevine, castle, moat, bridge and yellow sky.

Five of Wands
Fight for what you want, don’t be afraid to compete.
Five of Wands Symbols: Battle, blue sky and barren landscape.

Seven of Wands
Do not give up, and stand your ground if necessary.
Seven of Wands Symbols: Attackers, mismatched shoes, green tunic, mountain summit.

Eight of Wands
Life speed up and there is rapid progress now.
Eight of Wands Symbols: Why are there no people in this card? Plus meaning of hills, river and castle.

Ten of Wands
Feeling exhausted and overburdened by responsibilities.
Ten of Wands Symbols: Why is the man bent over? Symbolism of the trees and castle.

Ace of Pentacles
This is a beginning of prosperity.
Ace of Pentacles Symbols: Clouds, hand of God, garden, rose, lily of the valley, archway, path, mountains.

Six of Pentacles
This is a time of good fortune, and giving to others.
Six of Pentacles Symbols: Scales, red cloak, 4 coins, castle, benediction, bandage, red ticket.

Ace of Swords
The birth of a new idea. This card is the proverbial Ace up your sleeve.
Ace of Swords Symbols: Hand, sword, yods, barren landscape, mountains, palm branch

Two of Swords
You are undecided about which is the best course of action to take.
Two of Swords Symbols: Crossed swords, blindfold, crescent moon, sea, rocks and bench.

Five of Swords
Are you feeling angry with someone?
Five of Swords Symbols: Smiling champion, stormy sky, clouds, mountains, sea

Six of Swords
Better days are coming, and you are heading in the right direction.
Six of Swords Symbols: Ferryman, upright swords, boat, sea and trees

Seven of Swords
Someone is behaving sneakily behind your back.
Seven of Swords Symbols: Thief, red fez hat, yellow sky, holding sharp end of swords

Queen of Swords
Inspire us by your words or actions. Shine your Light.
Queen of Swords Symbols: Yellow butterflies, cherub, crown, red veil and storm clouds

King of Swords
Assert yourself, tell us what you feel and really think.
King of Swords Symbols: Throne, cherub, butterflies, moon cycle, nymphs, cherub and bird 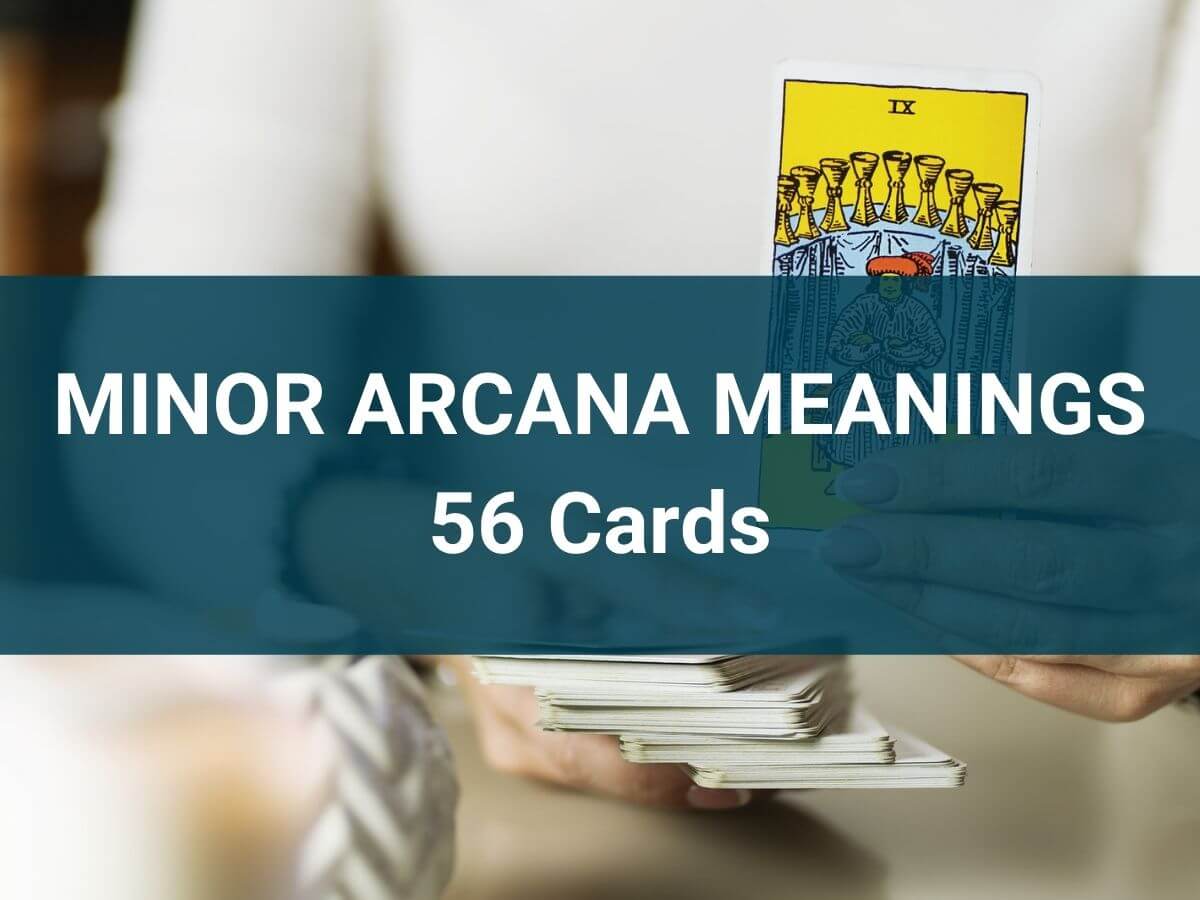