The Major Arcana refer to major events in your life, like marriage, the birth of a child, career changes and so on. In comparison, the Minor cards refer to the daily grind, like, will my boss like my presentation? or will I go on vacation this year? The Major Arcana are destiny cards, meaning whatever happens next, is destined. There is nothing you can do to change or influence the outcome. Fate has led you to this point, and now the chips will fall where they may. Whatever occurs may be exciting or challenging, but either way, it always leads to something new and meaningful. When a Major card turns up in your reading, always pay attention to the message!

What is The Fool’s Journey?

Each Major Arcana card consists of a picture which represents a spiritual archetype. The archetype has a lesson we must learn, in order to progress with our own life, both practically and spiritually. The pictures tell us what we must do, step by step, to achieve a happy and fulfilling life. This step by step process is known as The Fool’s Journey; sometimes referred to as The Hero’s Journey.

The Fool is the first card in the Major Arcana, and represents the person asking the question (querent). Let’s assume you are the querent, asking about your life. You begin life as The Fool, young, optimistic and lacking in experience. As you make your way through life (represented by the Major cards), you will meet teachers and learn lessons. At each stage you must triumph over the previous card, in order to move to the next card or stage. Eventually you reach the end of your journey with the World card.

The Fool card is numbered 0, because he can be placed at the start or end; because when we complete one phase of our life, we automatically begin a new one again.

The symbols depicted on the Major Arcana cards are drawn from myth and legend, as well as universal symbolism, philosophies, magical beliefs and religion. Some Tarot authors connect the 22 cards, with the 22 letters of the Hebrew alphabet and work them with the Qabalah and the Tree of Life. Esotericts continued to enrich the Tarot by adding associations with astrology and alchemy.

What Does It Mean When Lots of Major Arcana Cards Turn up In a Reading?

If lots of Major cards turn up in your reading, then it means pay attention! The Tarot is saying, this is an important time in your life, and the decisions you make now will impact your future for many years to come. No pressure! 🙂

Any Minor cards you receive in the reading, will help you interpret the guidance of the Major cards. While the Major cards talk about the big picture and the direction you are heading in, the Minor card may provide a little bit of practical guidance on what steps to take next. Often though, the answer will be obvious because destiny has led you to this point.

Here is a list of the 22 Major Arcana cards, in order. You will discover the meaning of each card in love, health, money, career and education. Discover also, the astrology sign and element (fire, air, water or earth) assigned to each card.

0 The Fool Tarot Card
A complete fresh start and the beginning of something new.
Symbolism: The Fool Symbols

1 The Magician Tarot Card
Now is the time to use your skills and make things happen.
Symbolism: The Magician Symbols

3 The Empress Tarot Card
Giving birth to someone, or something important.
Symbolism: The Empress Symbols

6 The Lovers Tarot Card
You are feeling passionate about someone or something.
Symbolism: The Lovers Symbols

7 The Chariot Tarot Card
You are taking control of your life and know where you are going.
Symbolism: The Chariot Symbols

9 The Hermit Tarot Card
Withdraw from a situation or seek time alone.
Symbolism: The Hermit Symbols

13 Death Tarot Card
You are going through some major changes in your life. This is the end of a road.
Symbolism: Death Card Symbols

15 The Devil Tarot Card
You feel trapped by a situation and need to break free.
Symbolism: The Devil Symbols

16 The Tower Tarot Card
A dramatic shock, often an unexpected bolt from the blue.
Symbolism: The Tower Symbols

17 The Star Tarot Card
Wish upon a star, because your dream comes true.
Symbolism: The Star Symbols

21 The World Tarot Card
You successfully finish one phase, and begin a new one.
Symbolism: The World Symbols

Back To: Tarot Card Meanings 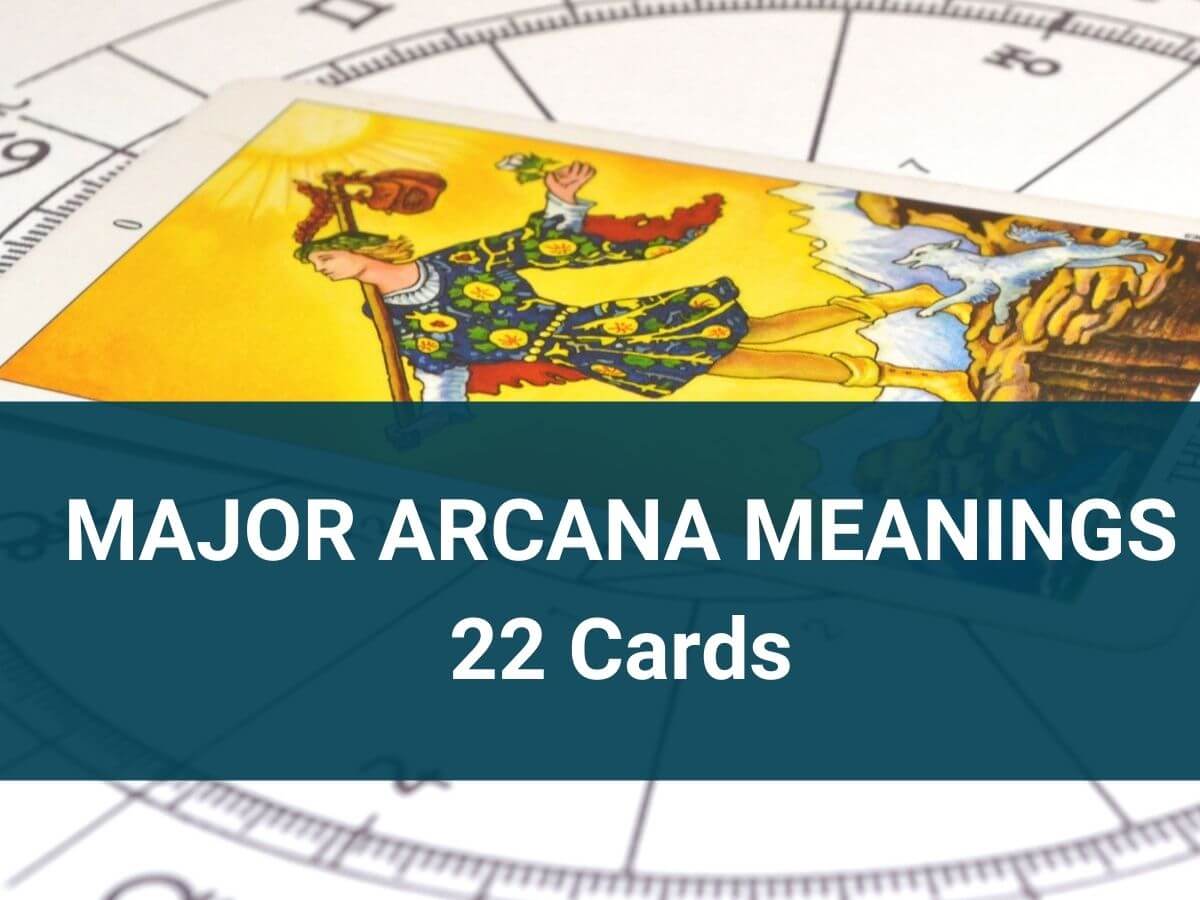