What Does Divination Mean?

Divination is an umbrella term to describe methods used for predicting the future or for gaining deeper spiritual insights to a question which may not be obvious on a daily level. Another word or synonym is fortune telling and the gift of prophesy.

Many people ask, what does it mean to do divination? It typically means, you practice the art of foretelling the future.

How to Pronounce Divination

The word divination comes from the Latin words divinare, which means to be inspired by a god, and divinus, which means the divine. This shows that divination was originally concerned with determining the will of the gods or Divine powers.

Types of Divination and Fortune Telling

For thousands of years, people have used different tools for the purpose of divination. There are literally hundreds of types of tools, which can typically be classified into two categories:

Direct communications with Gods, Angels and the spiritual realm through visions, clairvoyance, clairaudience, clairsentience, claircognizance, dream telepathy, and possibly even possession. When you practice direct communication, you are called a psychic or medium. In times gone by, you would have been called a witch, priest or shaman.

Indirect communication through an artificial object or studied method. Examples, include:

What is The Oldest Type of Divination?

Here is a list of some of the oldest forms of divination:

What is The Difference Between Fortune Telling and Divination?

The terms fortune telling and divination tend to be used interchangeably, although some argue that there is a difference. Fortune telling is the art of telling people their future, whereas divination is more about asking the Divine for guidance on a given situation.

Some claim divination is a more serious ritualized practice, involving ceremony. Whereas fortune telling is a more of an everyday practice, which anyone can do if they can read Tarot cards or use a pendulum.

A person who practices divination is called a diviner, although today they are more likely to be called a psychic. In shamanism, a shaman who uses ceremonial rituals to contact the spirit world for guidance, is a diviner. Divination has served in this way, throughout history as a means of solving problems and resolving conflict. The responsibility of divination typically came under the auspices of the shaman, witch, prophet, priest or medicine man.

How Does Divination Work?

How is it possible to tell the future? In reality, no-one knows the answer to this question.

The art of divining was traditionally considered a way for people to talk to God; and to get in touch with things we can’t see. Some diviners talk about the intervention of angels, spirit guides or spirits, while others refer to the intuition and subconscious. Both viewpoints are reasonable providing we are prepared to admit that we don’t understand the subconscious any more than we understand spirits.

The tools used for the purpose of divination are just that – tools. Whether you use a pack of Tarot cards, a crystal ball or a pendulum, your tool does not hold any magic power in itself. The real power is You, the reader or diviner. The tools simply act as an amplifier and translator. They act as an amplifier, opening your connection with your intuition, the part of you that is in touch with the collective conscious where all the answers are waiting and everything is known. This ‘library’ or bank of information is called the Akashic Records.

The tools act as a translator by interpreting the information you receive. For example, the letters around a Ouiji board help the spirit world to send a clear message. Or assigned meanings to Tarot cards, helps the Divine to communicate a specific message concisely.

At the end of the day, whatever the reason, divination works. If it didn’t, it would have been thrown aside and forgotten long ago. The mere fact of its survival shows that divination effectively comforts and guides people just as much today as it did thousands of years ago.

If you’re looking for more famous predictions, look no further than that of the water speed champion Donald Campbell (1921–67) who ‘read’ his own death in a group of ordinary playing cards the night before his tragic accident. Campbell drew the same cards that Mary Queen of Scots (1542-87) had drawn the night before her execution. The following day, Campbell, in an attempt to break the world water speed record was killed when his vehicle somersaulted at more than 300 miles per hour. It seems that the more we explore the realms of prediction, the more we realize how ignorant we are and the more we are compelled to admit that we do not understand this magic.

Which Tool Should I Use to Predict The Future?

Just as some people are natural artists, some people will be naturally good with one type of divination over another.

For example, palmistry or astrology is an exciting area to explore. I firmly believe that everyone has a tool that they will personally connect to – you will know when it happens. Don’t necessarily settle for the first one you try.

As a technique for looking into the future, the Tarot offers great possibilities not easily achieved with other predictive methods. Anyone can read the cards after a few months of study, although of course, like any art, years of practice are required before true proficiency can be achieved. But compare this to other techniques like I Ching, which takes years to master, as well a high degree of mediumship. The best advantage of Tarot is that it operates on many levels, so if you only have a little time to spare, you can still use basic Tarot spreads and with the help of a tarot book gain really insightful readings.

In my opinion, the best Tarot readers are those who realize there is more than one meaning to a card, and who can psychically ‘see’ more into it. They instinctively ‘feel’ messages coming from the card, which on the face of it, may not make sense.

For example, I carried out a relationship reading for a client of mine recently which showed a very advantageous match in the making. I knew nothing about her personal circumstances except that she was single. The cards showed she had met someone already, that he lived some distance away but that they had connected like kindred spirits. She nodded her agreement; it was certainly the way she felt.

However, I was troubled by the placement of the Ace of Cups out of the blue because there didn’t appear to be the usual passage of time one would associate with a serious romance. Before I had time to consider, I asked her, had she met this man yet? On the face it, it was a ridiculous question because she was obviously head over heels. She smiled, and replied no. He lived in a different country, she said, and they had met over the internet. They talked everyday on the phone and she was looking forward to finally meeting him in a few weeks time. They did eventually meet, they liked each other and the rest as they say, is history.

The main point of the story however, is that Tarot works best when it speaks to all the senses – not just the logical mind. If a thought floats into your head, consider it, no matter how ridiculous – over time you will start to trust these nuggets out of the blue (it’s called psychic intuition). But of course, the Tarot is not for everyone. If you feel you are not connecting with the Tarot within a few weeks, it may be time to try something else.

If you are interested in learning the art of divination, then begin with my book Tarot in 5 Minutes.

I also include lots of other free resources on my website including:
List of Tarot card meanings – all 78 cards in the Tarot deck.
Tarot card symbols – more for advanced readers.
Tarot Guide – To learn about the history of Tarot and different decks 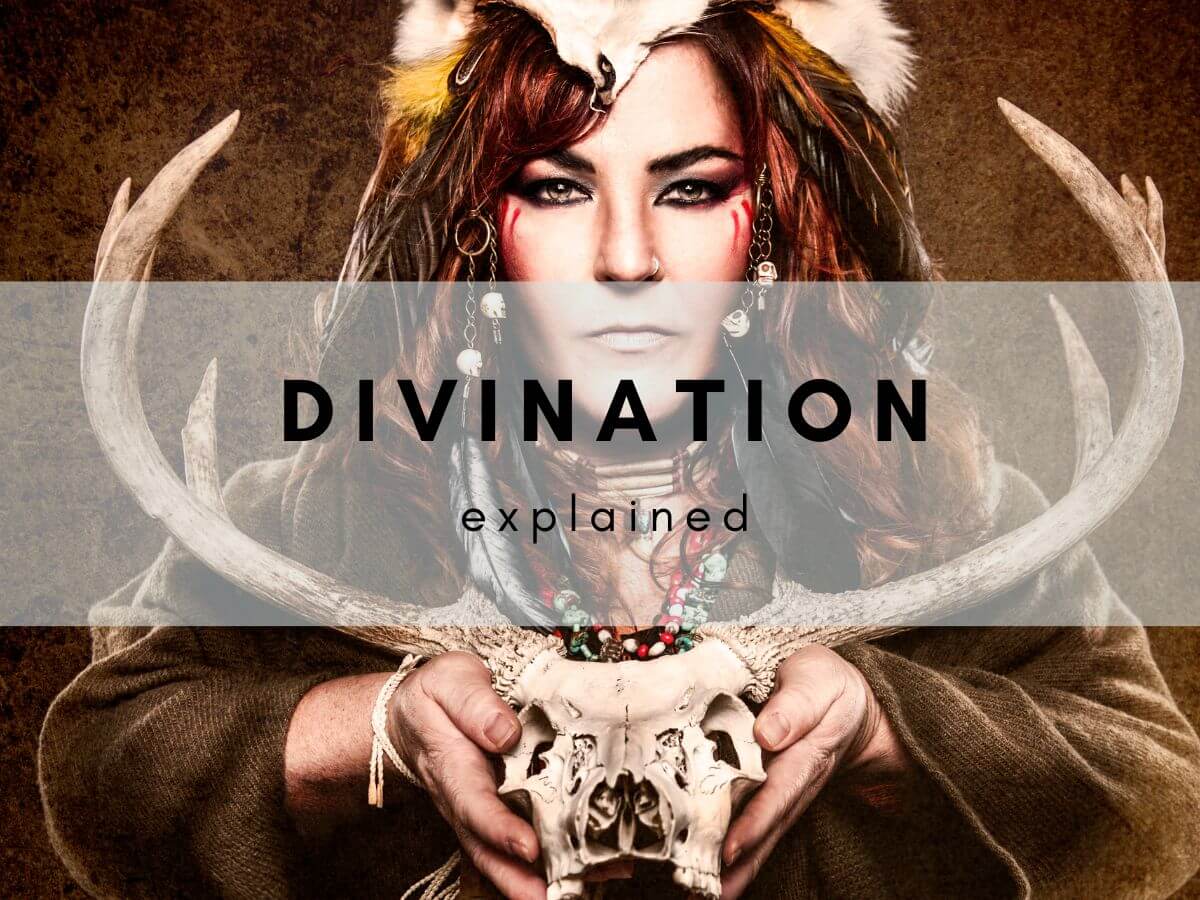 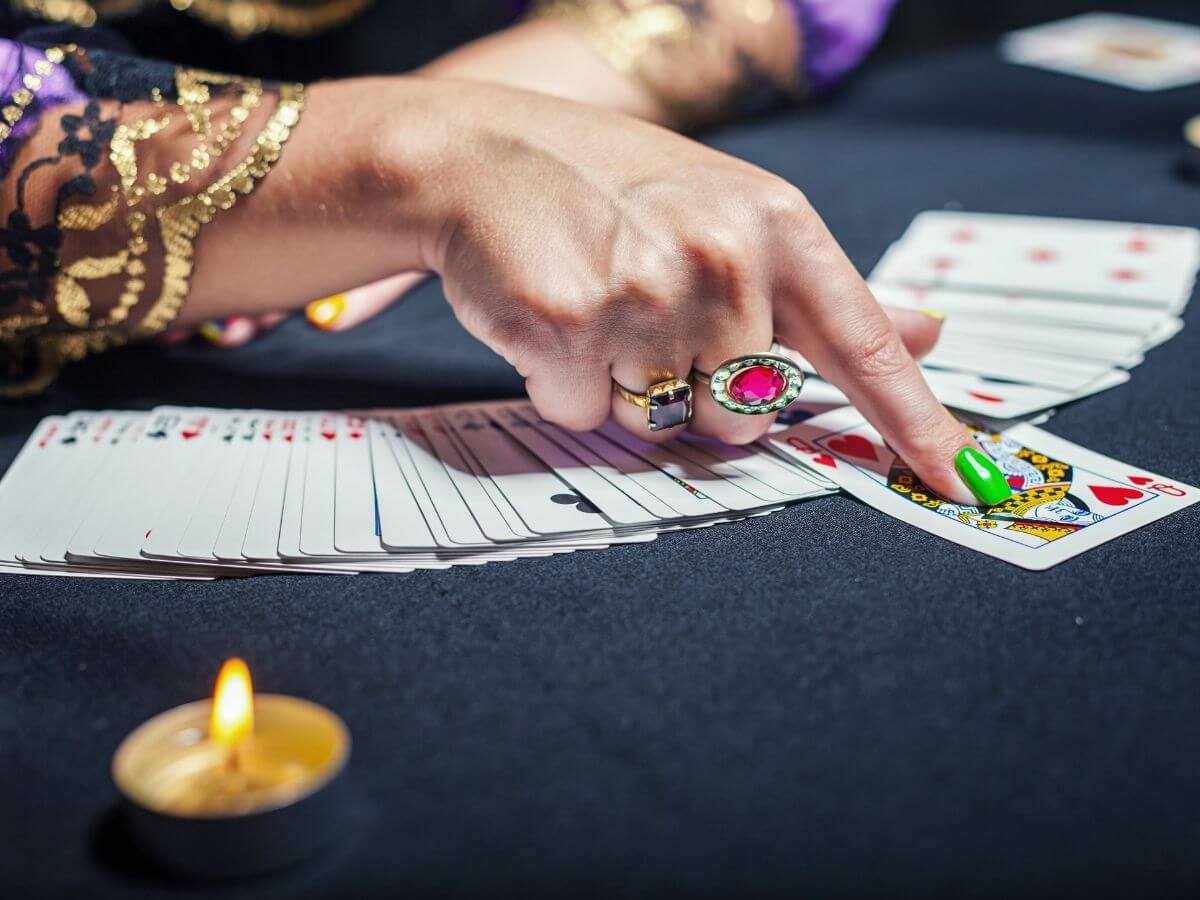 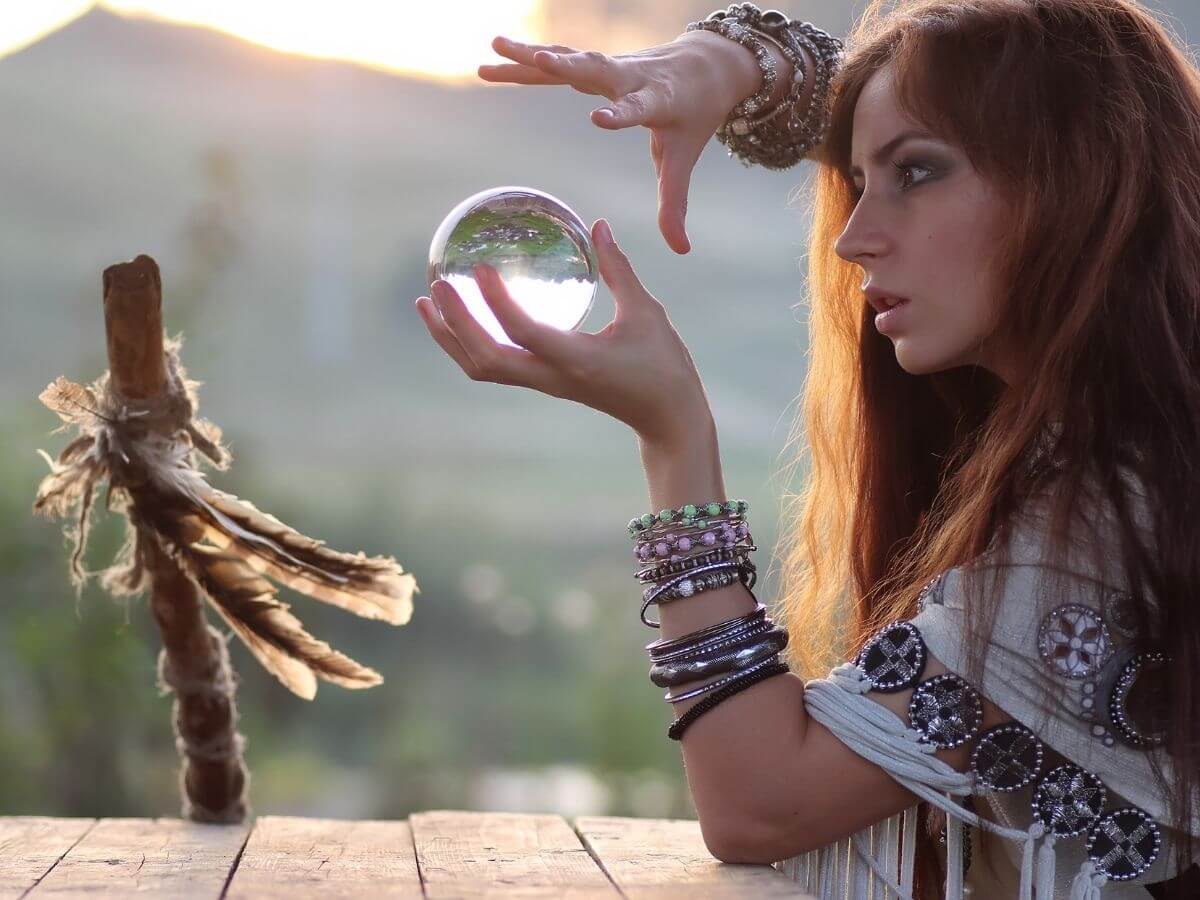